Fog and Blossoms in Spring

As Loudoun County slips into something more emerald, the browns and grays give way to change. On a recent foggy morning shoot, the signs of spring were unmistakable. The chirps of Cardinals and Robins filled an otherwise silent landscape, blanketed with thick fog that was in no hurry to dissipate. Dew clung to every natural feature as the new season clawed its way above ground. A shockingly orange Koi fish, ten pounds or more, meandered at pond’s edge in search of sustenance. A misty stone pump house in the distance served as the backdrop for this early morning feeding. Rings in the water from breaching turtles made tree reflections swim beneath the low hanging fog.

Over the rising and falling hills, geese harked their approach ahead of their arrival. Once overhead, the flaps of thier wings could be heard between loud honks. It was not difficult to imagine the large birds leaving swirling trails of fog behind them. A Red-winged Blackbird darted about the marsh while emitting sounds reminscient of an old school arcade game. Mating and nesting season in northern Virginia is upon us, and it’s hard to miss. Including the Starling that made its way into my house last week. 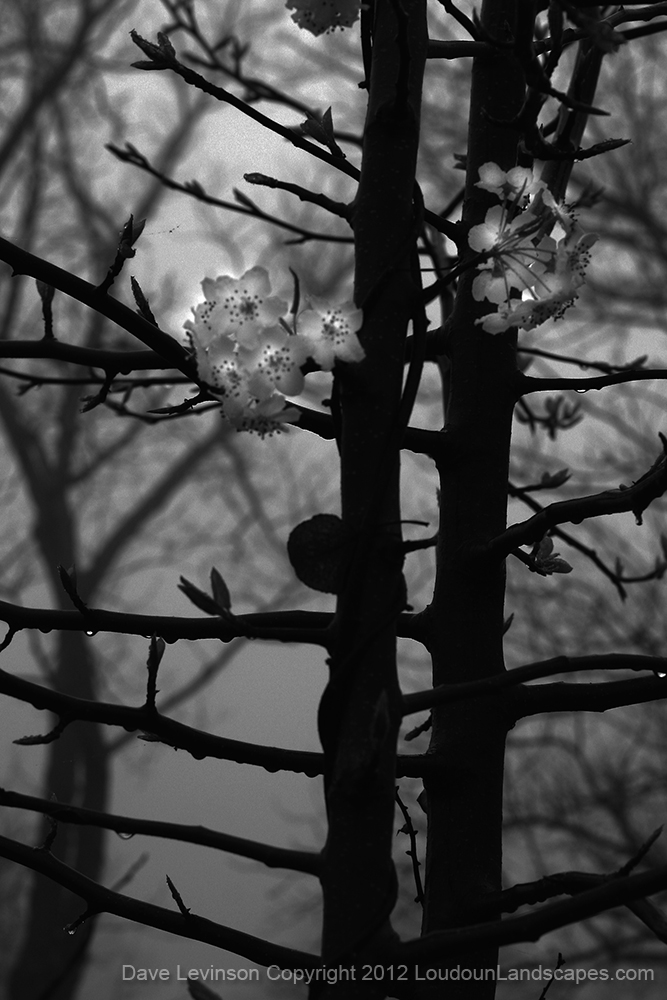 This black and white photograph was taken during the described early morning shoot. Loudoun County pauses to change its palette.