Camping in West Virginia is a wholly underrated experience. The state has a bad reputation for a number of reasons that I won't cover in this post. However, over the last number of years I've camped in locations all over the state. It has become apparent that the state is indeed Wild and Wonderful.

While there are many terrific campgrounds in Virginia, Maryland and in the surrounding mid-Atlantic region, they can be over managed and encumbered with rules meant to keep strict order. I've found that camp sites in West Virginia maintain a high regard for the natural setting while encouraging full enjoyment of the environment. Sometimes this can be in the form of relaxed rules or simply friendly park staff. There never seems to be a lack of genuine smiles and helpful pointers. This extends to many of the campers and citizens I've encountered as well. It never ceases to amaze me that the local folks offer a friendly wave and a smile, even with out of state plates on the car. 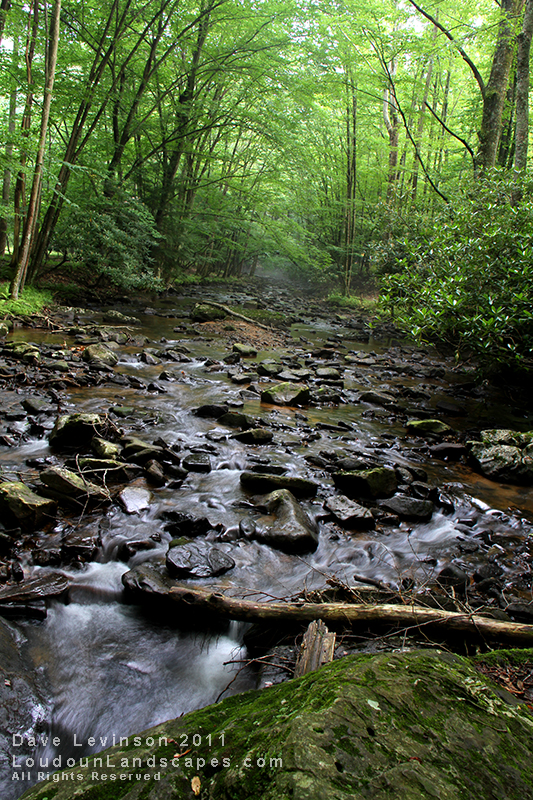 Of the dozen or so campsites I've visited, the natural surroundings are often managed in a way that does not impede upon the experience. There are never too many obnoxious signs, aggressive camp hosts or rules suggesting that one stay on the path. Exploration is always encouraged. These things make camping, and photography, a much more pleasant experience.

The Holly River State Park is beautiful. Encompassing more than 8000 square acres, it is one of the largest parks in the state. The Holly River Campground has an unusual layout. While most campgrounds are somewhat circular in design, this one is linear. Composed of four camping areas, they are arranged along the river itself. In doing so, it maximizes access to the river from as many sites as possible.

The park also features a wide range of natural hiking trails. Ranging in length and difficulty, there is something to offer every type of hiker, and photographer. During this trip, I chose a moderate trail that wend its way along rivers. The brilliant green ground cover glowed making the hike seem like a visit to an enchanted forest. Fallen trees were left in their natural states, other than where they crossed the actual path.

More about this particular campground can be found at this Wiki site: en.wikipedia.org/wiki/Holly_River_State_Park.

The photograph above was taken next to the campsite where I stayed for two nights. The tripod supported a long exposure of more than half a second. The large boulder in the foreground, combined with the flowing river and arching distant trees, caught my eye. A palette of ocher browns and lime green leaves easily reveal the true feeling of this place. Layer slow moving water blended by time and you can almost hear the birds chirping and the frogs peeping. Need I go on?