You can find one of my recent photos in the Summer issue of Loudoun Magazine. The Closing Shot page features "Landing Goose" in full page print. This photo was taken at my friend's property. Joey invited me to explore her Mt. Gilead home and snap landscape imagery that may appeal to me.

After an hour of exploring the property, I heard geese flying overhead. In my usual reaction to such noises, I snatched the camera from the tripod and began searching the skies. I saw two geese coming in for a landing, at the pond next to where I was standing. Having only a few seconds to capture the moment, I frantically began shooting these large birds that were practically falling out of the sky.

The photograph below only depicts one of the two, obviously. Choosing this photo, over dual-geese shots, won out due to composition, clarity and impact. As I've written in previous posts, having the camera ready for anything eventually pays of.

I'd like to thank Loudoun Magazine for their interest in my work. 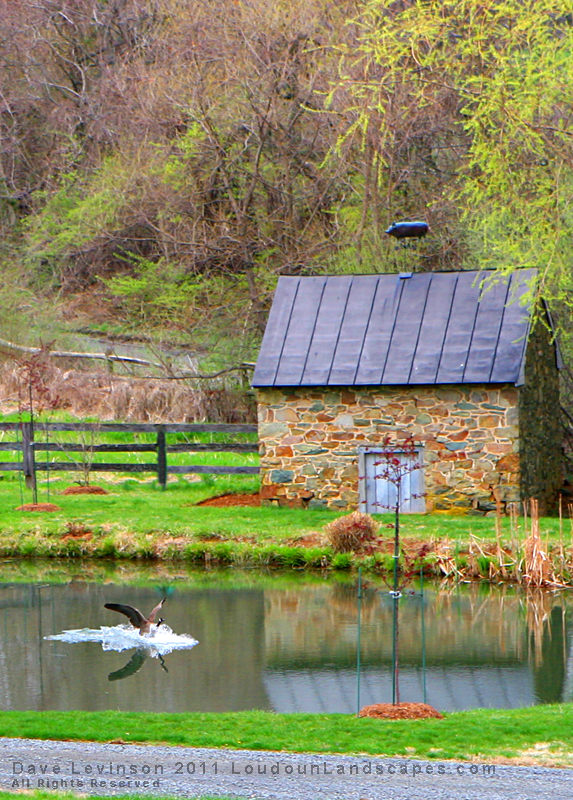 Update: The magazine link above now features an online version of the most recent issue.